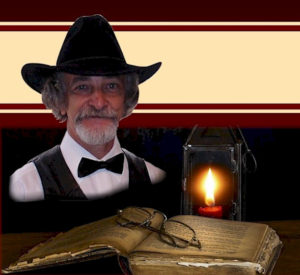 Steve Cox was born in Oakland, California in 1949. He grew up and received his education in Fort Smith, Arkansas and served in the Arkansas Air National Guard from 1967 to 1973. He is a founding member and officer of the Southwest American Historical Artifact Research Association (SAHARA), a private research organization in operation since 1974. Steve founded and operated Napo Basin Mining Company, a placer gold mining operation in the Amazon Jungle of Ecuador, from 1979 to 1984. Steve and his wife Ginger were married in Quito, Ecuador in 1981 and spent their honeymoon on the Rio Napo in the Amazon Jungle. He has discovered and recorded many historic sites lost to time. Among these are two sites now on the National Register of Historic Places, a 1830s frontier fort lost for over 70 years, and two Civil War battlefields, one of which is now a public battlefield park. Other discoveries include lost military camps, Civil War skirmishes, and archeological sites too numerous to mention. Steve has worked with universities, museums, national parks and research organizations for over 50 years, and has extensive experience in mapping, art and illustration, and artifact identification and restoration. He has owned several residential and commercial design businesses since 1967, and now operates Steve Cox Designs, Inc.